[This is Part Three of a Three Part Series, start with Part One here.]

Not quite a week later, I checked in with John. He had made an appointment with a Ford garage to straighten out the computer which still wasn’t performing properly. But he and Ford had disagreed he said. Furthermore, because his injury was slowing him down, and he was a bit stumped troubleshooting The Moose, he was taking the van to a friend of his who had been in the transmission business just as long.

Call me Monday, I got.

I was in a bit of a pinch. My resignation was effective Saturday and I had no wheels. Further, Nancy had volunteered to drive me north once again, but due to some family commitments she could only do it that weekend.

Counting my blessings, I accepted and we planned another roadtrip. 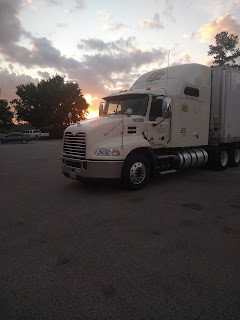 I finished my last delivery, cleaned out and cleaned up my truck, and turned it in with my fuel card and company ID. When Nancy arrived, I smiled ruefully and told her the van wasn’t quite ready yet. We dropped some of my truck stuff off at the storage unit and headed North anyway.

Once again, my limit was about Brunswick. We had some really good Thai food and then a great breakfast the next morning; our second time at the Sunrise Diner. I highly recommend it.

Back in Savannah, we took a nice walk along the riverfront and watched the tourists mill around and buy ridiculous things. The pralines, however, were not ridiculous, they were delicious. (Thanks, Nancy!) We had a snacky supper and I bought a few groceries to hang out in a motel for a few days and crossed my fingers to get my van back soon. 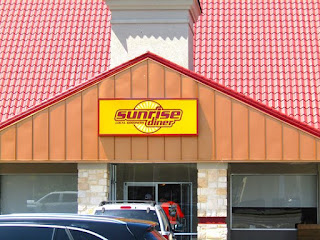 Nancy headed back home and I settled in to hang out and write. Soon to be back to boatwork, I was going to start blogging again once I got to North Carolina. So I flexed my writing muscles by posting a true life trucking tale over at my secret other blog and began working on these Chronicles of The Moose. I got involved in my work on Monday, and called Tuesday when I hadn’t heard anything yet. I talked to Randy, John’s father, who often answers the shop phone. I didn’t get a lot of detail, but Ford apparently won the argument as another computer was on the way, will be here Wednesday, call me Thursday.

And so I ended up hanging out in Savannah for a couple more days. I called Thursday, just as John had finished test driving The Moose. It runs great, but let me testdrive it a time or two today, just to be sure, call me this afternoon, he said. When I called back, one of his guys had just run to McDonalds -- in my van, a test drive, he said -- I'll call you when he gets back. But he didn't call. He had once called me about 7:30pm. So, I waited, but got no call.

It’s now Thursday evening as I write this and I will have my van back in the morning. I think.

I picked the van up this morning. The full tale of the van may never be told but the outline I got is flabbergasting. The original rebuilt transmission had been slipping, but the engine was also stalling. They just happened to have a matching transmission in the shop this month, so I got a new rebuilt transmission. However, the stalling problem persisted. The first replacement computer didn’t fix the trouble and John didn’t want to believe Ford that the computer he had found wasn’t any good. After talking with his friend in the business, apparently it seemed that Ford might be right. They ordered another computer, but when it came in, two days later, the stalling problem was still there. Rather than giving up, or setting the van on fire, John and his guys dove deeper. At some point Wednesday evening or Thursday morning, they finally solved it. A bad ground on a headlight [FFS!] had been causing enough electrical mischief to knock the nearby computer and disguise as a problem there.

I can’t explain it but I trusted John throughout this ordeal. I wasn’t always completely patient, but I understood that the van was in good hands and I had no choice anyway. This whole computer thing toward the end was pushing it, but what else could I do? In my humble opinion, a chain store transmission shop would have sent me packing a month ago. Not only did John and his wizardry fix the most unlikely problem, not only had he been working on my van on and off for nearly a month, he considered it under warranty and charged me nothing. I cannot, for the life of me, figure how a bad ground on a headlight would be covered under a transmission warranty -- but I'll take it. And John wouldn't consider taking any of my money (I asked ... but only once). Sometimes it pays to be a half-broke, weirdo vagabond.

And how does it feel to finally be headed back to my boat? Call me Monday.

Actually, I’m headed to Florida to get my stuff out of storage, then I’m headed to the boat. In case you’re keeping track, I came to Florida from Michigan in November 2019 to clean out a different storage unit and then head to my boat in North Carolina. I know the way. The Moose knows the way. And Ruth Ann is getting impatient with both of us.