Beer and a Scratch Off 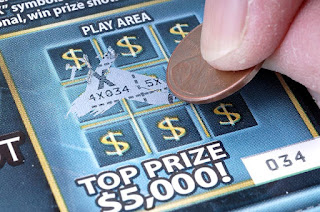 One of my oft-told stories comes from my days having started a plastics manufacturing business in Florida. My business partner and I were off to a good start but had to walk away from our original financial backer and carry on with no money behind us. At one point, business was slow, there was no money in our accounts and my partner was with his wife, who was in the hospital. I spent a couple weeks by myself at the shop; cleaning, making cold calls by phone and trying to occupy myself. There was no business and not much to do. I had very little money to distract myself out in the world.

In fact, on this day, I was down to a couple dollars and a few coins. We had some invoices out but I didn’t have any idea when I might see more cash. This must have been in the days after the boat when I was living in a twenty-two foot Prowler camping trailer. I remember that I was driving the tan Ford
Ranger with the broken gas gauge. I left the shop, and pulled into the Super America gas station just outside our industrial park. A grocery store would have been a better place to spend my last two dollars, but I wandered around inside looking at my options. Affording something to both fill my stomach and slake my thirst was not going to be possible.

This was also post-divorce. I had a few friends around town, but nowhere to go this day but back to my little trailer at the Circus City Trailer Park. Likely, in a fit of pride, I chose not to call on a friend. There might have been a little brown rice in my cupboard, but I had eaten through my larder in the days before. As I walked past the beer cooler in the store, I had a jubilant stick-it-to-the-universe revelation. I bought a tall boy of Coors Light, a scratch-off lottery ticket and walked out. I gave my present circumstances the bird and prepared to enjoy my beer. 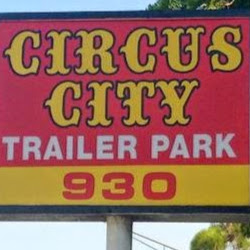 It was still light out, but in those days I’m sure I opened the beer right there in the parking lot. I dug through my near empty pocket and found a dime to scratch the ticket right there on the steering wheel. The greyish foil balled up and crumbled into my lap, while I sipped my beer. Enjoying every drop while it was still ice cold - the only way to drink cheap American beer.

I can get caught up in defying the universe; one part martyr, one part vagabond and two parts stubborn. But my defiant moment was practically ruined when I won forty dollars!! That’s right, sitting there in my old pickup with an open container and a few cents in my pocket - I scored. It wasn’t the beginning but a confirmation of my life’s motto: “I’d rather be lucky than good.”

I went back inside to claim my $40 and then headed straight for the grocery store. In those days, if I avoided buying more beer, I probably ate for three weeks on forty bucks.

I spent nearly five years struggling against the universe, all kinds of unique setbacks and economic factors, and a location less than supportive of manufacturing in general. It was a holy quest for which I quite willingly sacrificed greatly. The business struggles did not directly cause the end of my young marriage, but was certainly a catalyst. I lived for a couple years on fifty bucks a week, drove a cab for a while, and did all kinds of day labor and crew work. Along the way, we stole all our equipment from ourselves, got sued for $600,000, and got teased but left at the altar by several potential “angel investors.” I learned a lot about business law. And I learned to struggle and grub for something that was important to me. In fact, my former partner is still running a business from the thermoforming machine we built back in 1991.

I’ve brought that same determination to my 'wandering the seas' project. It’s been ten years and I’ve got another 10 or 11 months to go. There’s been three boats and an uncounted number of jobs in three “careers” to get here. At varying times I’ve been defeated, frustrated, elated and sublimely joyous. I’m so close now that I know it is going to happen one way or the other. One lesson I’ve learned is to differentiate and prioritize the long term goal, the steps to get there and the little pesky details. The goal and the steps are clear cut by their nature and can be written down. The real progress relies on momentum. The key is to not get bogged down; to learn which pesky daily details need conquered and which should simply be ignored.
at June 04, 2017 No comments: