This is Part Three of a Three Part Series.

To finish the story that started with me sneaking up to North Carolina to check on my boat, I had to return to South Carolina to pick up The Moose and its new transmission.

What I had in mind was to get a ride somehow down to the Greyhound station in Orlando, ride the bus back to Savannah, and then take a taxi across the river to Hardeeville, SC. The reverse of how I had got back to work after the breakdown. But I have a wonderful friend who had a plan for me and wouldn't take no for an answer.

One of my side jobs when I came to Florida a few years ago was delivering sod to Lowe's and Home Depot stores. The job was totally fun in a little boy kind of way; lots of toys. I hauled a flatbed trailer that I often had to load myself. Loading the trailer at the sod farm meant using a tractor size forklift with great big tires to get around in the sandy farmyard. Once I loaded the trailer and headed to the stores, I had a three-wheel forklift hanging off the back of the trailer. They could have paid me in sandwiches for all the fun I had in the middle of the night buzzing around a parking lot, grabbing pallets of sod off the trailer, and dropping it near the Garden Center. Carla worked in the office at the sod farm and for some reason, between loads or at the end of my day, Carla and I would get to chatting about everything and anything from the most mundane to the deepest topics. She often had to kick me out of her office to get work done. We became fast friends and have stayed in touch even after I left the company. 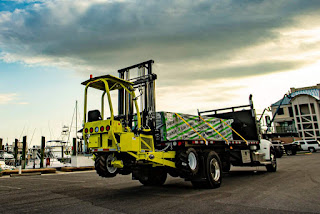 Several months ago, I drove a moving van to help move Carla and her husband, Tim. So when she heard that I needed to get back to South Carolina, she made a plan. She didn't necessarily insist but simply assumed that they would help me out. It is wonderful to have friends like that.

The plan was a relay. I'd been without wheels for over a month, so Carla drove down from Jacksonville to where I work in Central Florida. Back in Jacksonville, I switched cars and Tim took me the rest of the way to Hardeeville. They would not consider my offer of gas money or anything. Carla even bought us lunch which Tim and I enjoyed as we chatted our way up through Georgia to the transmission shop.

My boat money account took a hit having to replace the transmission in the camper van, but I really didn't have an option that was less expensive. Any other option that might have included abandoning the van would have required me to make my way back to South Carolina to get all my stuff. I was living in the van while working on the boat and have been lately on my weekends away from driving the truck. I have all kinds of life stuff and boat stuff in the van; and the van pantry is full of dry goods. I’m well provisioned for a guy who rarely cooks these days.

The new transmission was going to cost $4,000. The shop needed a deposit to get the work started. Luckily, I had been saving for the boat. Everyone I met in that small town said I had picked the best transmission guys around. I didn’t have much choice, but don’t mind that I lucked out. When Tim dropped me back at the shop, I learned how right the townsfolk had been. The man at the counter (the owner, I think) explained that they had used a different supplier than they had originally planned which saved us all some money. My bill was more than $400 less than their estimate; wonderful. I had delayed returning to fetch the van until I had earned enough to pay off the second half of the new transmission. I was stretched pretty thin. It is always a privilege to work with such honest people. 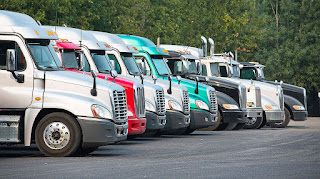 I got lazy on the way home and stopped to boondock for the night at a truck stop. I've done this before but I always forget that sleeping with all the windows open next to a bunch of idling semis is not so healthy. There's an awful lot of diesel soot in the air and, depending on the wind direction, I can wake with heavy lungs and a scratchy throat. Nevertheless, I was back at my truck Friday afternoon, loaded, and ready to hit the road.

Saturday afternoon I started to have a funny cough in the back of my throat that was worse by evening. Sometime before midnight I was really very sick. Either Saturday or Sunday, it's hard to recall, I had a load that got canceled. I told my dispatcher that I felt like crap and that if he didn't need me I would just sleep until the next day. I slept more than 20 hours but still woke up with a fever and chills. I was sweating through the sheets and the cough had dropped into my chest. At first, I blamed the crowded truckstop air. Then I tried to convince myself it was just a cold.

I dragged around the rest of the week like a zombie. My fever came and went, but after that one day or so of being really sick, it moderated. I was stuck out on the road and had very little energy but kept going with caffeine. My appetite disappeared. I was literally buying something to eat because I knew that I needed something in my stomach not because I had any inkling of hunger. I had no desire to eat anything. More than once, I bought one of those nasty convenience store wedge sandwiches, struggled to eat half, and threw the rest out because I could eat no more. About Thursday, while nibbling at another sandwich, I was trying to decide if I could taste it. That's when I thought [dummy!] if you have to think about it, you've lost your sense of taste. It was then that I stopped trying to convince myself it was just a cold. I needed to get tested for COVID.

I finally got home on Friday, booked a room, slept all day Saturday, and got a COVID test on Sunday. I didn't want to be stuck in the camper van sweating and coughing. Monday, I told work I was waiting on a test result and hunkered down in the motel. On Tuesday I got a positive result and didn’t leave the motel for almost two weeks; more lost boat money. 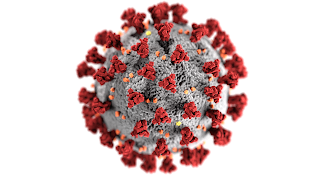 There were a couple of times during that first week I felt so run down that I began to wonder if I was seriously ill. After that, even after the positive result, my experience was moderate. It was no fun, but I think I had a mild case. What really worried me, and was always on my mind, was whether I might have exposed my friends. They had been nice enough to give me a long ride on Thursday, by Saturday I felt it, and Sunday I was really sick. That was too close for comfort. Besides worry, I felt a bit selfish and shameful for not having just gotten myself back to the van. Even if I had avoided exposing my friends however, I could not have gotten back to The Moose without potentially exposing a bunch of strangers. This is the world of 2020. We must always worry about exposing or getting exposed. I am very grateful that my friends helped me get to South Carolina. Thankfully, Carla and Tim are fine and didn’t seem to catch anything from me.

My COVID experience was fairly mild compared to what I've read in the news. I was really only quite ill for a day and a half. After struggling for several days on the road, I spent a couple weeks in a motel, mostly sleeping. During my stay, my sweet sister arranged for a couple meals to be delivered. First, I got three kinds of soup and some chicken fried rice that was wonderful for my convalescence. When I began to feel a little bit better, she sent a vegetarian appetizer platter from an Indian place. I also downloaded some apps and had groceries delivered from Publix and some good Chinese too.

I've been back to work two weeks and I’m feeling much better. My brain is finally back but I'm still regaining my strength and stamina. I’m back on my mission, back at work, and saving money. Early in the Spring, I’ll get back to NC and sv Ruth Ann, to finish the work, and get her back in the water.

First image is mine. The Donkey forklift image is from Donkey Forklifts. I grabbed the parked trucks from Getty through Google. The Coronavirus image is from the CDC.