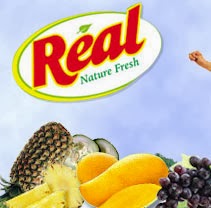 Its funny how something unexpectedly profound can spill out of your mouth unfiltered. If you aren't too uptight, there are moments in your life when real juice can spill. The adventurer inside you is usually drowned out by the roar of life's machinery. It is hard work to slow down enough so that a few drops of honest, personal blood can ooze to the surface. I can't remember the last time I allowed this to happen. It happened just the other night.

My boat project really languished last summer. I had decided to change careers; to get a little closer to the boat in order to make better progress. To do so, I spent nearly six months trudging through some career training and working hard just to eat. I felt disconnected from my boat; mostly because I was. There were days when I couldn't concentrate enough to remember exactly why or what I was doing. Other days I wondered if it wasn't just some scheme to run away from life. I really don't have any responsibilities to tie me down, but running away, if that's was it, might not be very mature nor exactly healthy.

With five years invested physically, and the kernel of a dream that goes back to before I could drive a car, I need to finish the boat. I need to see this through – one, to finally finish one of my grand schemes; and two, to not end up always wondering what I might have been able to accomplish. The boat and I will wander, someday. My lifestyle is pared down and with help, and a lot of love from family and friends, I've set my life up so I can just go – eventually.

But without the spark, some kind of drive, any project will dwindle. Without knowing the “why,” the “how” and “where” and “when” of a dream just aren't sufficient. We've all heard musicians, or watched actors or artists, who are proficient at the mechanical and technical aspects of their craft; the hows and wheres. Without some soul, however, some indefinable core characteristic, they fall flat. Gibbon in “The Decline and Fall of the Roman Empire” wrote of when “freakishness pretends to originality and enthusiasm masquerades as vitality.” Without some real “why,” freakishness and enthusiasm lurk around the next bend. They won't steal you soul, but they'll hide it from you.

Concurrent with my boat project, my world view has been changing. I started two businesses before I was 32 years old and was hard charging … at one time. Several other career stops involved contributing on creative and entrepreneurial levels. I was a radical capitalist, a rugged individualist, and an atheist for almost 20 years. But I wore the hard crust like a cheap disguise, like a dollar store Halloween costume. It didn't fit so well and it chafed at my arms and neck.

In the last few years, I've slowly begun to shed the crust. Events in the world, events in my life, and some in my heart, chipped away at the crust until it fell away like a body cast removed, revealing the emaciated limbs of the real human I had actually wanted to be.

The new, real me that I've always been, recoils at the harshness of the world we live in. With new eyes, I can see painfully simple, and simply painful truths about the world. Children go to bed hungry in the world's richest country. Brutal, repressive countries furnish their citizens with health care, even while enslaving them. Meanwhile, the land of the free and the brave is going bankrupt, in large part, because so many are trapped in the quick sand of our broken health care system. Furthermore, we live in a world where everyone thinks they have the right to be right and would rather scream at each other than quietly work together to solve these and other problems.

I was cruising Facebook the other night when I ran across the fresh smell of real juice. An acquaintance of mine was getting back on her game and talked of returning to her creative pursuits. She made a short but ambitious bucket list and challenged her friends to do the same. Nearly without thinking, I wrote these words: “wander the Central American Gulf Coast and Caribbean while trying to help preserve the reefs and natural places.” The words rang in my head like a temple bell lingering in the fog.

I'm not sure what this will entail. I don't know if this is really it, but its an exciting, fresh approach. Recently, I ran across Oceans Watch. The plastic filled mid-ocean gyres are depressing news. The Gulf Oil Spill spoiled some of the places where I had planned to sail. I dreamt about a project, a coffee table book or a website, that features beautiful coastline pictures from a distance and then a close up, at the same spot, of the inevitable beach trash. Perhaps there has been some momentum building for some time. At the very least, this is a good wintertime project; while I'm putting some money away for boatwork season. Maybe I can wander off and yet still make a difference somehow.
at January 18, 2012 No comments: