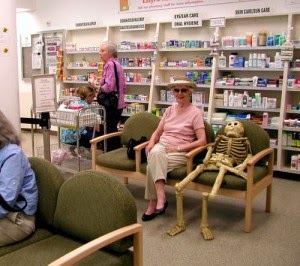 I can still feel the undulating rhythm; the random thud into the trough of a wave.  Standing at the forestay, tiller tied amidship, Sarasota Bay a slate grey color in the waning sunshine of early evening.  As I leaned against the stay, the water split below me at the cutwater, dolphins raced at the bow wave and I was in my element.  There was nothing else but the rush of my breath and the hiss of water against the hull.  And there was peace.  I've been waiting for that peace again.

Yet another part of that long wait is over.  The dearth of boatwork, caused by my Pharmacy Technician Course, is nearly over.  The coursework is done and I'd be certified now if it weren't for a slightly overwelmed Workplace Training Office at GRCC.  There are days I've considered that another factory job might have gotten me farther along. . . in the short term.  Can you get farther along in the short term? I don't know, but 6 months just above minimum wage was way longer than I originally planned. Builds character I hear.

I decided that, in order to do my career change well, I had to concentrate on what I was doing.  During the class, we memorized nearly 300 pairs of Generic/Brand drug names, learned about pharmacy operations, the requisite legal and procedural stuff, and a little about pharmacology.  The class went very well.

I currently have three hospitals and a big box retail pharmacy on a string.  Interviews and background checks abound.  The CPhT certification exam will get scheduled just as soon as all the necessary paperwork gets done.  Then I'll take a deep breath and do some boatwork.

The overall plan remains the same.  I need to get back to my boat.  She's been patiently waiting for me.  It's been hard to maintain the vision, to keep my sanity and my enthusiasm.  Its still here inside me, buried under flash cards and textbooks and pharmaceutical nomenclature.  I am chomping at the bit to get started again on the boat.  I'll go see her this week.  I won't be doing much real work until my certification exam, but, if I close my eyes, I can almost feel the sway of her deck.
at July 31, 2011 2 comments: