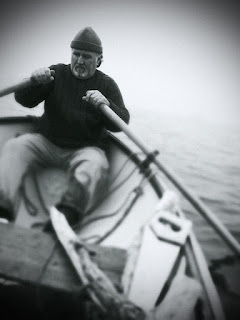 I like to think that I don’t care what anyone else thinks. I might have even said that out loud to a trusted friend. In the last ten years, I’ve certainly been living my life like I don’t care. Still sometimes it feels like I’m stuck in some perpetual transition without much to show for it. When I get into a funk, I feel like I’ve been talking shit all this time. Ten years later and I’m still just that guy who quit his office job to sail off on an old sailboat but ended up driving a truck just to fix the damn thing.

A trucking schedule hasn’t helped my unease. My neighbors in the boatyard were a little baffled each time I showed up for only a couple days a month. Today, all of them have launched their boats and are gone. Very few friends from home or family have seen Emma. I get uptight about visitors. In fact, on a couple occasions, I’ve responded in a bafflingly shrill way to a friend’s simple inquiry about stopping by.

Either I don’t care what anybody thinks …

Now, the fact is most days I’m damn proud of where I am, but I can’t always sustain that pride. Driving a truck down the highway can be a never-ending, monotonous slog. The sheer detachment from my chosen lifestyle eats away at my confidence, intentions and motivation. I’ve been away from svEmma for far too long. It makes me antsy, and especially antsy to start the work on her, just to get something done -- anything.

It’s also true that I’ve never quite had the money to do what I’m doing. I’m perpetually living on the edge which adds its own layer of anxiety. When I cashed out my 401(k) in 2007(!!) and used some of it to buy an old sailboat, I thought I was loaded. I was going to fix her up and be gone by the fall. Yet I was going broke in less than two months and that boat, the first of three, was nowhere near seaworthy yet. Since then my boat habit has been supported exclusively by earning the cash as I go along.

When I bought Emma, I spent all the money I had. Then I quit my job and moved to Florida. The funds 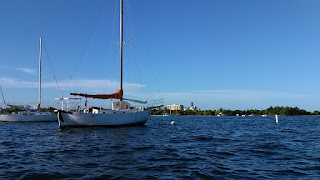 to do the work to get her back in the water have had to be earned once I got here. This last year I’ve hit the highway hard to earn that money. When she’s nearly ready to launch again, I may have to work a while for cruising money.

The road hasn’t completely distracted me though. I have made many decisions that need only be implemented; rigging, sails, wiring, lighting, layout, plumbing, upholstery etc. Even though poor Emma looks a lot like she did last July when the travelift set her down out back at Riverside Marina, I’ve been acquiring parts and supplies too. Diesel fuel tanks are in place, but need to be strapped down. My good ol’ 50 horsepower Perkins diesel will be the first big project; it only waits to be installed. The cockpit is removed for all the engine related tasks. I also already have thru-hulls, hose, fittings and a sea strainer to hook up the engine’s cooling system. I have a 3 burner propane stove with an oven to install in the galley. Part of the main salon ceiling is already removed to facilitate rewiring. A composting toilet is in place but needs to be permanently installed. 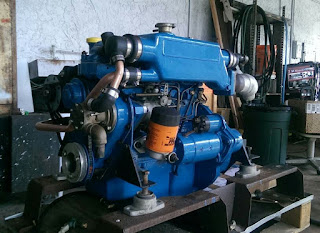 There … a deep breath. I feel better already. A stolen moment of peace on the road and suddenly, I have a new perspective on my anxieties. How could I have kept up this effort for ten years, through three boats and driving all over the country, if I actually cared what anyone else thought? It seems to me, just as likely, that I was feeling exasperated at the prospect of having to explain myself and my choices all over again. It has been a fun story to tell, but any story can get stale in the retelling. I’d like to talk less and do more. I may not have been anxious at all; at least not recently. Without a doubt, one of the keys to my success is more than a positive attitude, it’s a bulletproof attitude. I really don’t give a fuck.

Now some may think that was uncouth, even melodramatic. Others may think I’m just using the word 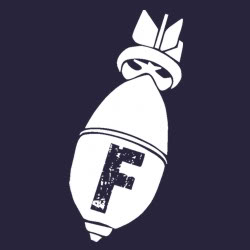 for shock value, or that I’m acting out due to some past trouble. I submit to you that the humble f-bomb is simply idiomatic to the 21st Century. It’s also the most appropriately suitable and succinct word for the spiritual freedom I’m trying to convey.

I am human. I can feel emotional jolts in daily life. It’s not that I don’t feel anything. The fact is, however, that there is nothing outside of myself and what I want to accomplish that affects my daily life. No one else has a vote. It would not matter if my boat burned down where she stands; or if I launched her and she sunk; or if I only got a few hundred miles from Fort Pierce and lost her in a storm. As long as I am still alive, I would simply go back to work for a time and find another boat. This is it. This is the plan. Nothing else matters. No other fucks are given.

I know I have the capacities and the stamina to accomplish what I aim to do. However, because I am doing this right now, because this is my plan -- I am self contained and self actualized. There doesn’t ever have to be anything other than this right here. I am a happy man. Full stop. 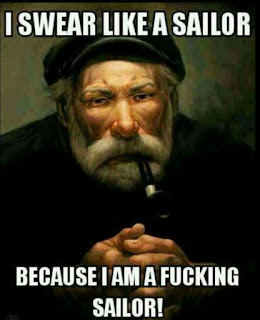 You may think that I really am anti-social; maybe even an asshole. You’re proving my point. Instead of accomplishing what *you* want, you’re spending your precious time worrying that I’m a sociopath who likes to use the F word. Fuck that. Get over it and live *your* life. Most people live behind a layer of self-doubt, gossip and confusion. They care what other people think, they care about what other people have, they care about trying to impress other people, they care about doing what other people would want them to do. There are people I love and admire, of course. In my opinion, because I strive to live without those typical everyday worries, I have more direct and intimate relationships with my friends and family. There is none of the self-effacing voodoo of obsessing over past or future. Pure love is only experienced in the present moment. Please watch Sarah Knight’s TEDx talk below. "It’s just the tip of the fuckberg."

Now I have to go sit somewhere and consider if the reason it took me eight days to get this post up was just my schedule or if I was worried what you would think. Fuck.

The first week of October will be my last on the road for a while; perhaps for good. I’ll be working on Emma full time for a few months. My complete focus will be on getting her prepped and launched. I haven’t ruled out a part time job so that I don’t spend boat money on food, but we’ll see. Emma will finally be my major priority.